Included pts admitted to the ICU who were 18 yo or older and had at least one risk of actor for clinically important GIB including, shock, anticoagulants, crrt, MV >24hours, any liver disease, he of or ongoing coaulopathy

The study was powered to detect a 5% difference which seems really large and unlikely. To power a less then 1% difference would take a vastly larger trial. The endpoint of clinically important GIB seems like that should have been the primary outcome. Since it is only hypothesis generating we cant say much about it. Taken at face value there is probably a group that would benefit more than the ones they picked. Maybe they should have enrolled ICU pts with SAPSII >53 as one of the inclusion criteria to see if there would be a bigger impact. However, this is a large trial with around 3300 pts so getting this done again will be unlikely. Probably sick ICU pts should get SUP for the prevention of GIB but not death and consider maybe a sicker population because right now the NNT for prevention of GIB is around 60. 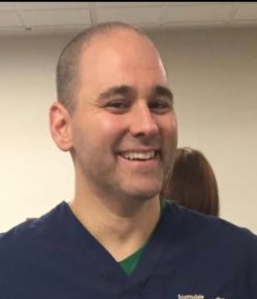 I am an Emergency Medicine (EM) physician. Our motto is “Don’t just stand there! Do something! I like adrenaline (or epinephrine for us Americans), difficult decision, loud environments, procedures and definitive answers. Evidenced Based Medicine (EBM) and literature reviews fall into none of these categories… We expect to read a study and get an answer but that is just not a reality. Studies (even on the same topic) are done differently, ask different questions, are done in different settings, on different patients and therefore come up with different answers. I’ve heard these stated different ways, from “I hate journal club”, to “The answer to all EBM is: It depends”, to my favorite (from Mark Crislip, he runs a great podcast by the way) who applies the second law of thermodynamics to the literature: “For every study there is an equal and opposite study”. Therefore, really the answer to all EBM questions is that there are a lot of ways to do things that don’t change the outcome (Not quite T-shirt worthy, I know). But this is EXACTLY why we should know how to read the literature! So we can know which things we do that won’t influence change (Just stand there) and which things we do that will influence change (Do Something!) …Oh look, I guess EM IS like EBM (just add the B).